Internationally accomplished in the Martial Arts for over 30 years, she owned, operated, and instructed at her own martial arts studio. As a Certified Coach and Referee for USA Taekwondo and Certified Coach for AAU Taekwondo, Ginger developed and coached many state, national, international, and AAU USA Team youth competitors, often on full scholarships provided by her studio. She achieved the status of MASTER GINGER PALHOF/ KUKKIWON 6TH DAN AND INSTRUCTOR YIN CHEN XING JIAN ZONG HUI – DAN GUANG DISCIPLE LONG CI (TAI CHI) and traveled to Korea and China to study under international leaders in the craft.

Over the years, Ginger has dedicated herself to utilizing her martial arts experience and its tenets of Integrity, Indomitable Spirit, Self-Control, and Courtesy as a framework to support vulnerable youth populations. Establishing a successful Dojang Training Center, she sponsored and mentored young women and men’s development in the field, some of whom have gone on to compete and win at the highest international levels. She and her late husband, Scott Brown, have devoted their considerable talents, time, and resources to serve the underserved multi-cultural populations in their state.

Ginger believes that all of Taekwondo’s tenets perfectly align with the Whole Child 360 approach of SMART® and particularly that of “Indomitable Spirit” which is part of SMART®’s “GRIT” initiative that focuses on encouraging students’ resiliency in the face of barriers and obstacles. She is honored to be supporting the SMART® Model’s clinical efficacy, fidelity, and expansion through her role as a Founding Board Member for the FAITHworks Health and Wellness Institute, the Nationally Certified, non-profit medical provider for new SMART® Clinics throughout the country.

Ginger holds a Bachelor of Arts in Geology from Florida Atlantic University (FAU) and a Paralegal Certification from FAU. 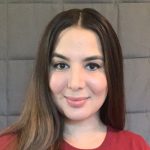